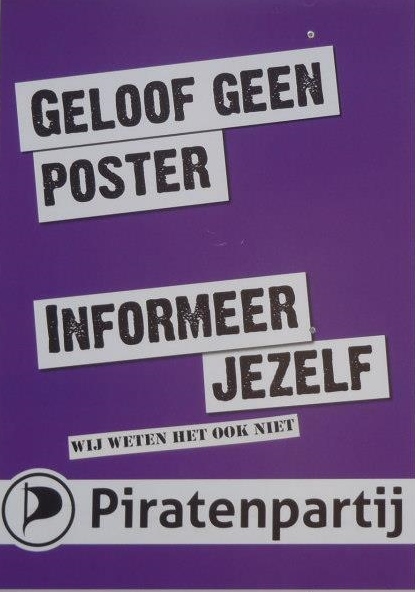 I have been presented with a number of issues relating to the welfare of others. Universally I can see how American citizens are better off than most other populations. We have one right, secured from our government in its first documents. We have the right to complain.

Free speech does not imply educated speech, which in many ways is the point of our first amendment to the constitution. There are no standards, anyone can speak. It is our individual responsibility to discern truth from opinion. It remains our responsibility to determine the value of various opinions. For the most part, humans lean towards the definition of the borderline personality (severe leanings result in the label of “Borderline Personality Disorder”); thinking in a “digital” manner, black or white, good or bad, etc. Another faction of people understand that there is a grey area, yet that often leads them to believe that only three positions exist, black, white, and grey.

In my days as a photographer, I preferred studies of grey. Colors are often disputed, what I call purple you may call pink, yet the color of the object doesn’t change. The cones in your eye may produce a different sensation than mine, but the actual color remains the same regardless of the name we give to it. It does not have to be a matter of perception, we may have learned the names of colors from different teachers. Grey is not quite as easy. Grey is standardized, named by its reflection of light. Eighteen percent grey is referred to as “medium grey,” it is a photographic standard. It may be the shade that comes to mind when you hear the word “grey,” or anything that is neither black nor white.

A grey scale, drawn with pencils by my friend Vince Natale

Colors, including grey, give us visual standards. Words are radically different. Combinations of words are far more complex than combining colors, yet the same style of logic, “Black or White,” is applied. Good or Bad, Right or Wrong, Love or Hate, are all things we recognize as opposites, but should also recognize as spectra. Adding to the confusion is the popularity of creating new words, or new definitions of old words, the exact same script can mean different things to different people. The fact that a sense of humor is subjective causes even more confusion.

What is a joke? Is it funny (and again to whom?), is it satire (with what intention?), is it merely camouflage for hatred? Far too many times I have heard what I interpreted as an attack excused as “I was only joking.” I just can not find demeaning other human beings as anything resembling a joke. For my black and white contribution, forgiving hatred as a joke is merely expressing the same hatred yourself.

Our world is not black or white. There is good within bad things and bad within good. Much of the interpretation revolves around who is benefiting, and who is being persecuted. The love of my life was connected to the Mafia. She did not see the Mafia as “good guys,” but she did see them as acceptable. She began to see the level of conflict when one of our dear friends, a Lebanese woman who filled a maternal role in our lives, suggested that Hezbollah was a good organization, “just like the Mafia, helping out poor people.” Emma could see the parallels being drawn, she heard her own excuses for “her people” being used by our friend for her people. Emma was a very black or white thinker, she cut most of her ties to the Mafia. When the issue came up at family gatherings she would not participate.

In my experiences in the LGBTQ world, I am a Bisexual. the word “bisexual” gives the immediate impression of the root “bi,” or “two.” These days, such a definition is seen as restrictive, offensive to those not covered by the historic definitions of sex. These people (Pansexuals) believe that because they do not feel restricted to only two sexes, people who are bisexual are separate, lesser for their restrictions. Before I go any further, let me explain how wrong the belief is. The history of the LGBTQ population did not start in 1979, but that is when it became more acceptable to speak about it. By 1990, the presence of those of us who are not strictly attracted to one sex was recognized. The world is not populated by people who are heterosexual and homosexual, the spectrum includes many variations. Some homosexuals are only attracted to members of their own sex, some are not. The term “bisexual” was adopted by these outsiders and expressed in The Bisexual Manifesto. Within that document, is the conclusion “Nothing should be assumed about anyone’s sexuality.” The Pansexuals have made assumptions. Also within that document of thirty years ago is “Bisexuality is a whole, fluid identity. . . don’t assume that there are only two genders.” Personally, I prefer the label “Queer;” everyone can understand that word means “different.” To me, the issue of bisexuality v pansexuality is an extension of every other prejudice; assuming another group is inferior. There is no difference between these two groups, other than the egos involved.

When we look at immigrants, almost everyone imposes their own prejudices. Mine is fairly simple and straightforward, derived largely from my own sponsorship of an alien. She didn’t like the word “alien,” saying it wasn’t used in other countries. She had learned English in England, where “buitenaards” was translated to her as “Foreigner.” Other dictionaries translate it to the word “alien.” She was a white person from Northern Europe, her naturalization did not take long.  At her swearing in ceremony there were new Americans from all over the globe, one had been in America for thirty years; that does not mean she had waited thirty years to get through immigration. I had a German roommate at one time who had been in America for thirty years and had no desire to become an American.

I see a legal path to citizenship, and people not willing to undergo the process. Failing to follow the legal path is illegal, therefore those people are illegal immigrants. There are many sad stories told about illegal immigrants, some of them are true. Many of the people attempting to immigrate are well educated, the majority is not. Facing the hurdle of the Department of Homeland Security (which now handles Immigration) can be difficult for someone who cannot write in their own language. There are thousands of reasons people choose to illegally immigrate, but it is still a choice, a decision. So I do not have immediate sympathy for people unwilling to follow the legal path. Does that make me “bad,” or “heartless”? I am somewhere on the spectrum, and probably the worst judge of my self.

As we progress through this election cycle, you will hear many judgements. Consider that an exceptionally small percentage of the people making these judgements are qualified in any way to do so. Is the person saying that Biden is senile a doctor? Is the person saying that Sanders is crazy a psychiatrist? The list is endless. As the Dutch political poster above says, believe no poster, inform yourself. Use your standards, not someone else’s description of their standards. Their grey may be your purple.