You may be reading this at home today. It is Veterans Day, a day of gratitude to those who have served their nations. It began with the armistice ending hostilities in what was then called “The Great War”, and “The War to End All Wars”, before we started numbering them.

Wars begin and end on official dates, but the eternal vigilance provided by those who serve does not ease in times of “peace”. Lately I have heard complaints from some who entered the military to pay for college but “didn’t expect” a war. Nobody “expects” war, and quite frankly, I’d rather not serve with someone who is surprised at being required to do their job.

While Veterans Day is routinely considered a day to recognize military service, I certainly recognize the service to country provided by those who choose other paths. A veteran makes a special sacrifice, essentially writing a blank check to their country for any amount up to and including their own life. It is due to this level of commitment that veterans honor each other without regard to allegiance. Enemies in battle are brothers in peacetime.

I would like to take this time to introduce you to a veteran. Frederick “Fred” Dewitt Turnbull II, Capt. USN retired (deceased) was one incredible human being. I met Fred in the seventies. He was my next door neighbor, an always friendly guy whose son dated and then married my mother after her divorce from my father. After the two divorced, Fred stayed in our lives, he didn’t allow other relationships to interfere with his own. He was supportive and helpful in my military career years later. It wasn’t until then that I studied his history, and was astounded I could call this man a friend. 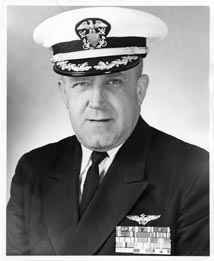 Fred was a man of small stature, at age twelve I was taller than he was. In his retirement he became rather round, so when I learned he had been not only a fighter pilot, but a flying ace in both WWII and Korea I was rather amazed. But it was the story of his time as a prisoner of war that thoroughly moved me. To see this through my eyes, you must remember that Fred was the nice little bald guy next door, who drove a Jaguar sedan and a Datsun 240Z. He had three kids, Rick who married my mother (no editorial from me about that), Steve, a long haired wild artistic type who influenced my musical interests, and Debbie, who was occasionally a babysitter. Fred was light-hearted and easy going, I don’t believe I ever heard him raise his voice. This same man had been tortured by the Japanese, snuck out of camp nightly to forage for food, possessed his own death certificate, stating he had died of pneumonia just days after his repatriation (his execution was scheduled but not carried out), and testified in the war crimes trials of his captors.

It is all too common for us to display the wounds we have suffered, as we recognize the delayed effects of stress, and I am not in any way suggesting that Fred was stronger than others, Fred was just amazing. In the eighties his work as a consultant took him to Kuwait, where he made many strong friendships. In the early days of Iraq’s invasion, Fred vanished from his home in Seal Beach, later we heard rumors of his activities, extracting his friends across the desert. It would be impossible to imagine if your only knowledge of the man was as that roly-poly neighbor.

At Fred’s funeral, a storm was off in the distance as the bugler played taps, but the rain held off until the ceremony was finished. Helen, his wife of sixty years, had a stroke while packing and was unable to make the trip to Arlington,  but listened over a cell phone connection that my sister (his grand daughter) Stasia held at graveside, and Debbie held in California,  during the service. Helen joined Fred a few days later.

Storm clouds over the Pentagon

Fred would tell you that he wasn’t any different than every other veteran. In the sense of weathering the storm and accepting the circumstances he was presented with he would be right. To have survive with his level of grace  is a goal for all of us.